It’s been A Week.* So you know what that means? It’s time to focus on some good stuff! In this case, it’s good stuff created by other people. Yep, more cool people doing cool things! If you’re just joining us, do check out the first and second posts in this series.

My Verity! cohost Tansy has one of the most prodigious blogs in fandom!** Not only does she write about general geekery, feminisim, and fandom, but she does regular features on comic books, Robotech, and fun links (most) every Friday! She’s also a novelist, and she cohosts two podcasts: the aforementioned Verity! and Galactic Suburbia, a relaxed, rambly Australian podcast about speculative fiction news with a decidedly feminist viewpoint.  So yeah. Lots of cool stuff, but the one I want to highlight here is this: 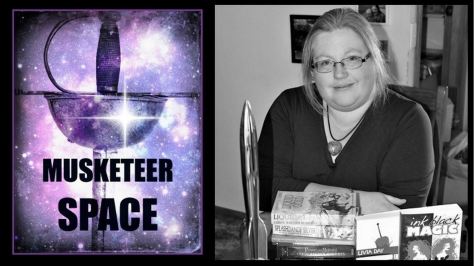 Among all the other great stuff she’s writing about, Tansy has been publishing a novel in weekly web-serialized form. And not just any novel! This is a gender-swapped space-opera version of The Three Musketeers. If that sounds like something that interests you, I urge you to check out Musketeer Space! She’s on part 54 as I write this, and there was a bonus novella last Christmas.

If you enjoy it, you can sponsor Tansy to keep at it. Visit her related Patreon page for more info. Supporting creators is fun, and I encourage it!

Kat is one of the first Doctor Who fans I started talking to on Twitter. We got along well instantly, so it’s no surprise we’re now podcast cohosts , friends, and pretty much neighbors. But Doctor Who is not the only thing we share an affinity for. We also both enjoy pictures of kittens, punk rock music, and this:

Cool Thing: Kat in the Hall 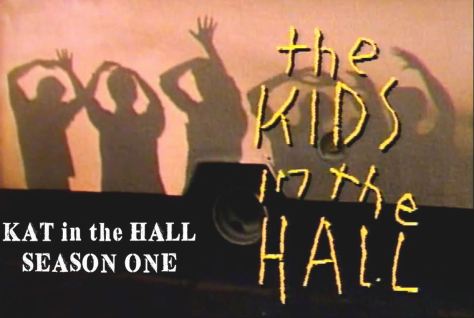 Kat’s been blogging about fandom and cool geeky stuff for some time now, but she’s recently taken on an exciting project. She’s posting biweekly recap/reviews of every episode of Kids in the Hall. This is so cool. I’ve enjoyed KitH ever since I discovered them shortly after college. Kat’s posts remind me why I fell in love with them in the first place. Their particular brand of Canadian oddness always spoke to me. Now I live in the land that birthed them, and their humor makes even more sense. In fact, Kat and I got to see them live just a couple weeks ago. It was a fantastic show, and Kat even got her head crushed!***

This post’s overachiever is the inestimable Mr. Warren Frey. Many of you already know Warren from the delightful, deservedly-popular Doctor Who podcast Radio Free Skaro. As one of “The Three Who Rule”,° Warren’s been opining on the good Doctor for nearly nine years. That’s mind-blowing. But it’s not RFS I’m talking about today! Instead I want to focus on how right now, Warren is kind of my personal hero. He’s been working hard to create things and put himself out there without getting too caught up in the BS that can weigh you down and keep you from creating or trying new things. It’s an attitude I need to emulate. Why avoid making a thing just because I worry it’ll be crap or other people might not like it? That’s the kind of thinking I need to cast off. I’m not quite there, but with Warren as my guide, I may get there yet. 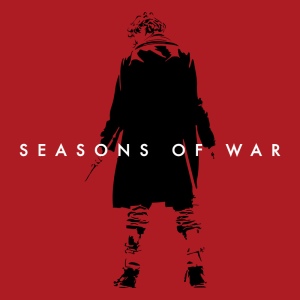 Seasons of War is an unofficial Doctor Who charity anthology of stories about the War Doctor. Not only does Warren have a story in this volume,°° he’s the associate editor of the thing! (Having worked with editor Declan May, another top fellow, as far as I can tell.)

The profits from Seasons of War are being donated to charity—Caudwell Children, to be exact. It’s a charity that transforms the lives of disabled children across the UK. So if you haven’t already discovered this book, I urge you to seek it out! It’s for a good cause, and it fills in one of the most mysterious gaps in Doctor Who history!

(And if that isn’t enough, then perhaps the lure of stories from folks like Jenny Colgan, Andrew Smith, Gary Russell, Kate Orman, Lance Parkin, Paul Magrs, among many others, will get you interested. Go forth and buy the thing!)

That’s right! Warren has penned another story, this time for a volume about the creepy dark, horrific corners of New York City. It’s called “The None Percent”, and though I haven’t read it yet, I Quite Look Forward to doing so. Perhaps you’d like to as well? Then get thee to a bookstore and pick up Dark Tales from Elder Regions: New York at once!

Apparently co-hosting the most popular Doctor Who podcast in the world°°° and contributing stories to multiple books isn’t enough for this guy. No, he’s taking on comics as well. If you’re a Doctor Who fan, his efforts may interest you.

Bookshelf Doctors is a genius concept if you ask me, and the fact that you’re here reading this means you kinda did. Warren has put his shelf of “action dollies” to good use, employing them to create humorous tableaus. The true genius is twofold: 1) It’s a great way to use objects that would otherwise just sit there looking pretty (and heck, it’s a great excuse to buy more tat too!) 2) It requires no drawing, just cleverness in writing (and positioning the toys).

Warren created Bookshelf Doctors because he wanted to create funny comics, but didn’t feel he had the drawing chops to do it justice. At some point, he said eff-it, and started scribbling comics himself. He pulls from his firsthand knowledge of working in the TV industry to create the amusing series Master Control.

If you’ve worked in a TV station/for a TV channel, these strips are guaranteed to make you smile (or possibly wince in commiseration). Even if you haven’t, I recommend giving them a try. There are some kinds of workplace BS which transcend industry boundaries.

Once again, I marvel at the ambition, drive, motivation, skill, talent, and luck of my friends. It’s inspiring that so many people close to me are getting out there and doing great things! There are more cool folks and stuff on my list, so stay tuned for more doings real soon!

*The capital letters indicate this week was of the Not Good kind. Again, note the capitals. :/

**Or at least it’s the most prodigious blog in the corner of fandom I inhabit.

***For those not in the know, this is a pretty cool thing. Take my word for it.

°Please note this is a silly Doctor Who reference, not some sort of grand egotisticality. (Yes, I just made that word up. It sounds better out loud. Say it, you’ll see what I mean.) All three hosts are Canadian, that would be completely against their nature.

°°One that I quite enjoyed, and not just because it was set close to home in Alberta, Canada.

°°°I admit, I have no way of knowing this for sure, as podcasts don’t publish ratings, but I’ve seen //RFS’s download number. I’d be mighty surprised if they aren’t.