Last night I tweeted this and thought I’d follow up:

I've wanted one of those alarm clocks that project the time on the ceiling for years. Finally got one recently, and it's one of those rare purchases that is *every bit as amazing as expected*.

Unexpected benefit: it's helped calm my anxiety at night. pic.twitter.com/AwS9lAv60a

My brother had a projection alarm clock many years ago, and I was always jealous of it. Cut to almost 15 years later (I’m a procrastinator, ok?), and I finally got around to getting one for myself.

I had a few worries, but they were unfounded:

So it’s pretty much everything I hoped it would be — and more!

As I said in the tweet, an unexpected benefit was that I’m less anxious at night. This is simply because I can very easily see what time it is. I do wear a sleeping mask, but I can push it out of the the way without moving much (or even sometimes just tilt back my head and peek out from under it). And the time is just THERE! Right in front of me!

I used to wake up in the middle of the night (several times a night) and wonder what time it was. Moving my arm in *just* the right way to trigger my FitBit to show me the time while also disentangling my arm from the blankets was a hassle-and-a-half. Steven’s bedside clock was too hard to see—I had to sit up to get a good view of it. (I didn’t have a bedside clock before this because I didn’t want to have to move to see it anyway—I sleep on my back.)

So sometimes I did the little song-and-dance I needed to do to see the time (which then woke me up enough that I couldn’t fall back to sleep easily). But much more often, I’d just continue to lie there and hope to fall back asleep…

That didn’t work either because I’d keep wondering what time it was and how much time I had left to sleep and was it so close to wake-up time that getting back to sleep would be a bad idea anyway and why can’t I stop thinking about this and just go back to sleep?

So anyway, that’s my latest one-weird-trick for slightly subduing my anxiety. Obviously, if always knowing what time it is *makes* you anxious, I don’t recommend this!

Also, it’s worth noting that the thing that’s been helping most with my anxiety is the doctor-prescribed medication I take. And I do not for a moment take for granted how lucky and privileged I am to be in a place (physically, mentally, financially) where I can access that.

So anyway, I guess the moral of the story is that help can be found in unexpected places, and it’s important to recognize and celebrate even the small wins! 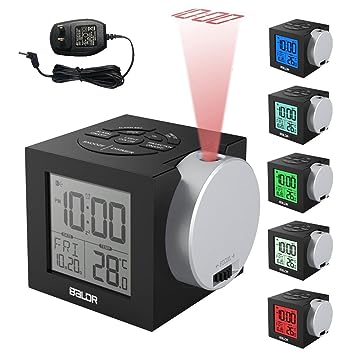